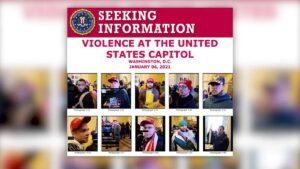 In the aftermath of the failed  Jan. 6 coup,  people are calling for the creation of a domestic intelligence agency. Jeff Stein at SpyTalk surveys leading US officials from a variety of agencies for theirreaction.

I think the nays have it. The US doesn’t need new laws or new organizations to combat white nationalists. It needs the political will to enforce laws on the books.

“Such a change should only be considered after some careful deliberation via a 9/11-type, blue-ribbon, bipartisan commission, and not rush to judgment in the heat of the current charged moment.”

So does Ali Soufan, the former top FBI expert on Islamic radicalization and terrorism,  Soufan pursued Al Qaeda operatives for years before 9/11, the real challenge is not bureaucratic, it’s

“the lack of real political will to acknowledge the threat.” It’s a failure writ large by the refusal of several Republican Party leaders to denounce baseless conspiracy theories that the 2020 presidential election was stolen—even after the Capitol was sacked.

Last week he urged outgoing Vice President Pence to speak out, even at this late date.

Pence “needs to build a wall between himself and all these white supremacists,” Soufan said during an online discussion co-hosted by his New York-based global security firm and the Center on National Security at Fordham Law School. “He had a chance to say no” to them but has failed to do so, along with scores of other Republicans, Soufan said.