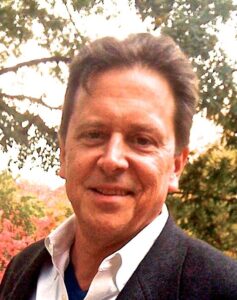 In the 21st century, these clandestine state organizations have amassed greater powers and bigger budgets in societies as diverse as the United States, United Kingdom, Russia, China, Turkey, Israel, and Saudi Arabia. In democratic and authoritarian countries alike, spies play an ever larger role in both domestic politics and international affairs.

While their politics and ideologies vary widely, these agencies share common missions, techniques and traditions. They engage in mass surveillance, repression and torture. They practice economic espionage, transfer dangerous technologies, and interfere in other countries’ elections.  They can be dangerous.

At the same time, intelligence agencies guard against terror attacks and cyberwarfare. Some seek to prevent the proliferation of weapons of mass destruction and to understand mass migration and climate change. These functions are essential.

Yet news organizations and educational institutions have been slow to catch up to this new global reality. Hence the mission of the DEEP STATES site: to educate newsreaders, citizens, and students worldwide about the growing power and influence of intelligence agencies.

DEEP STATES offers an authoritative, fact-checked guide to the world’s 20 most powerful intelligence services. It features original reporting by Morley and other experienced journalists and analysts. The site provides aggregation of the best reporting and commentary around the world about intelligence issues. It gives students a portal to online organizations that seek to hold intelligence agencies accountable. And it debunks conspiracy theories that distort public understanding and undermine democratic self-government.

Founded as the Deep State news blog in November 2018, DEEP STATES has adopted its new name to reflect the global reality of secret intelligence agencies. The United States is not the only country with a “deep state” discourse. Fears of hidden power are expressed in many countries.

Editor Jefferson Morley, a former reporter at the Washington Post, is the author of two books on the CIA. He has been writing about global intelligence issues for national publications since 1985.

DEEP STATES seeks to educate and inform, to foster accountability and transparency and the rule of law.

Want to know more about this site? You can email Morley here.