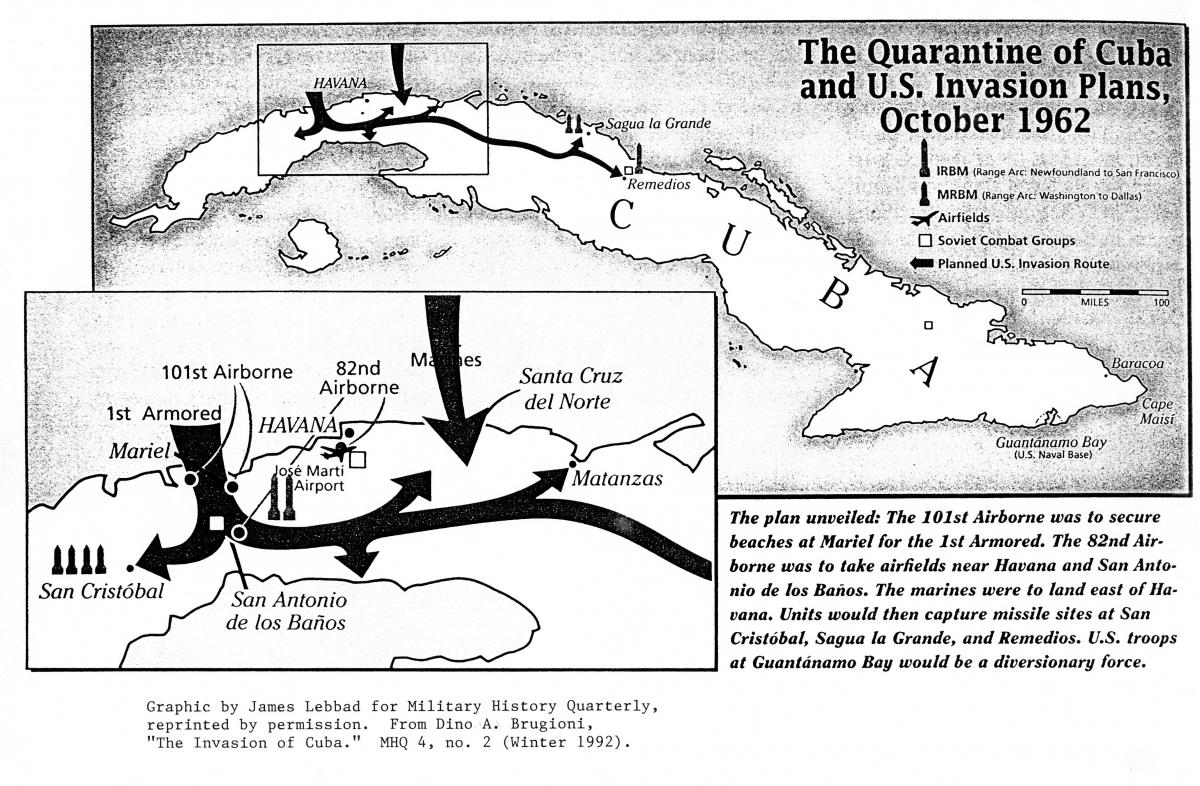 Seven hours ahead of Washington, the Kremlin had already received an urgent message (9 a.m., Moscow time) from the Soviet commander in Cuba that a U.S. attack, presaging an invasion, was imminent within 24-72 hours. The Soviet ambassador in Havana, Aleksandr Alekseyev, was closeted with Fidel Castro at the Soviet embassy through the wee hours of the morning, while Castro dictated and revised a message to Khrushchev. The Cuban leader assumed an American wipe-out of Cuba and recommended a Soviet preemptive strike on the U.S. before the U.S. could do the same to the USSR. Castro had already ordered his anti-aircraft crews to fire on U.S. low-level reconnaissance planes—a fateful order that would raise the nuclear stakes later on October 27.

The Unsolved Mystery of the ‘Havana Syndrome’