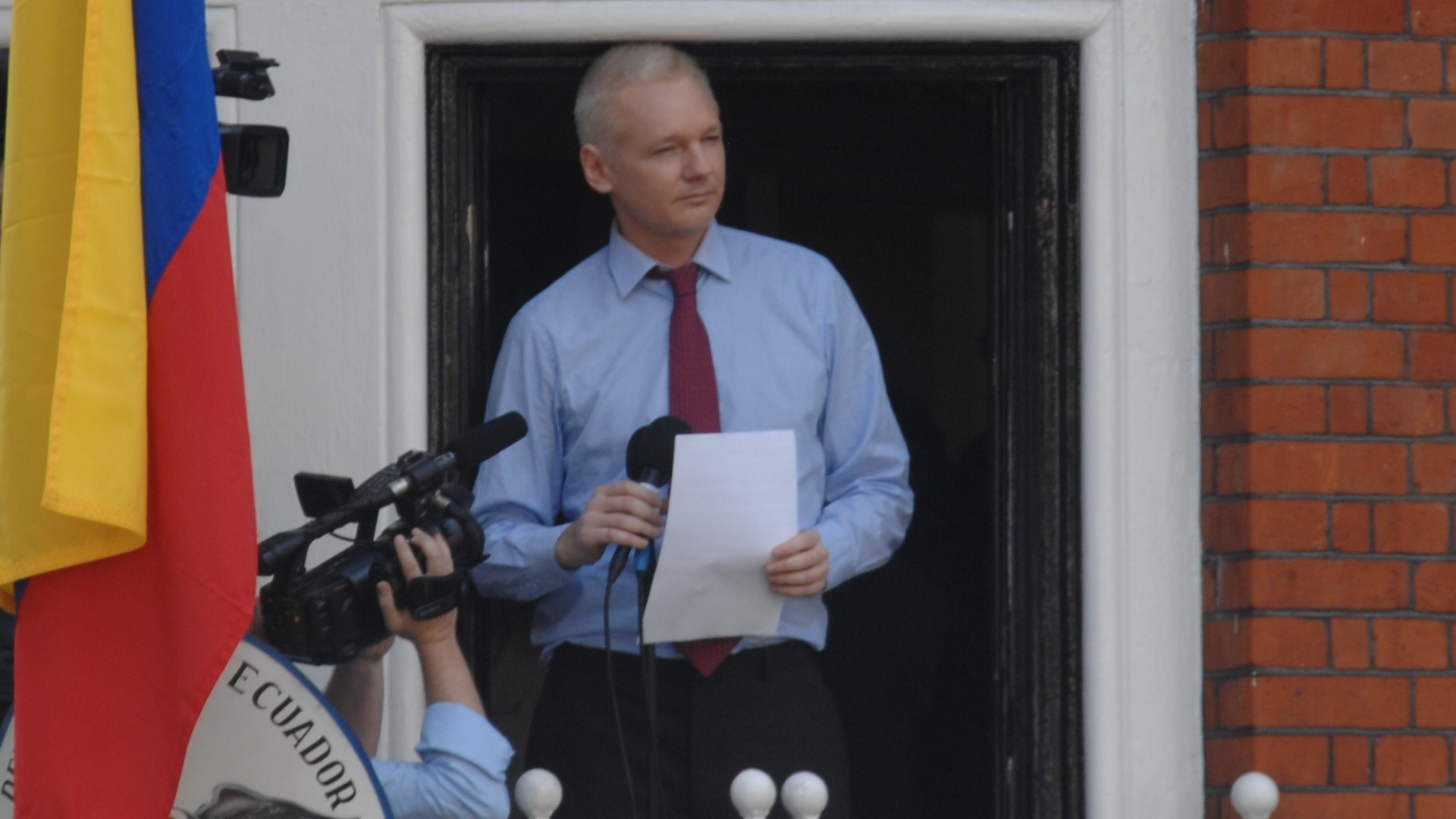 At the The Grayzone Max Blumenthal calls attention to a well-documented story, based on the investigation of a Spanish court with experience in international prosecutions. A security contractor, linked the CIA, spied on Julian Assange and reporters covering his residence in the Ecuadorian Embassy.

The evidence includes videos of Glenn Greenwald, Lowell Bergman, and other reporters visiting the Embassy. Text messages introduced as evidence indicate the contractor was working for “the agency of the stars and stripes wants to see us,” possibly a reference to the CIA.

Blumenthal wonders why Washington Post and other big U.S. news organizations haven’t picked up on the story.

Proof of UC Global’s illegal spying campaign and the firm’s relationship with the CIA emerged following the September 2019 arrest of the company’s CEO, David Morales. Spanish police had enacted a secret operation called “Operation Tabanco” under a criminal case managed by the same National Court that orchestrated the arrest of former Chilean military dictator Augusto Pinochet years before.

Morales was charged in October 2019 by the Spanish court with violating the privacy of Assange and abusing his attorney-client privileges, as well as money laundering and bribery. A mercenary former Spanish special forces officer, Morales also stood accused of illegal weapons possession after two guns with the serial numbers filed off were found during a search of his property.

The documents and testimony revealed in court have exposed shocking details of UC Global’s campaign against Assange, his lawyers, friends, and reporters.

Source: Mainstream US reporters silent about being spied on by apparent CIA contractor that targeted Assange | The Grayzone