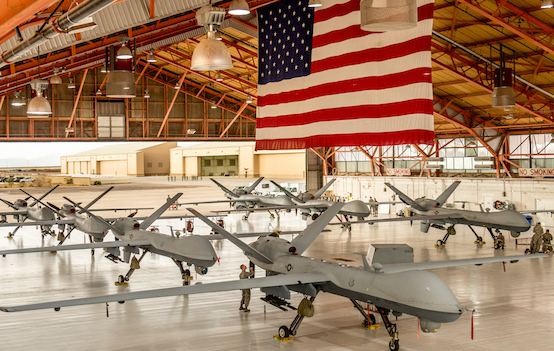 It’s not really open to dispute that America’s drone wars are controlled by secretive agencies and secrets laws. Both Donald Rumsfeld, a crusty conservative, and Barack Obama, a liberal internationalist, tried to make the U.S. drone apparatus more publicly accountable. Both failed. Now President Trump, an authoritarian nationalist, is escalating the drone wars without much scrutiny.

In the drone war, we see the exercise of what might be called “deep state” power.

In short, there’s a lot of kinetic action going on that the American public doesn’t know about—at least until something awful happens or officials are forced to show their cards, and even then, they will be holding most of the deck under the table.

In the Face of the Right-Wing Threat, an Epic US Intelligence Failure