As I follow the Korea denuclearization story in the Korean media, I am finding the South Korea’s National Intelligence Service does something remarkably responsible and sane: they provide elected officials with timely intelligence, in a classified and unclassified setting, on a regular basis.

When the New York Times published an overhyped story last month that North Korea was perpetuating a “great deception” with its ballistic missile production, the NIS immediately put out a statement saying they were well aware of the activity. 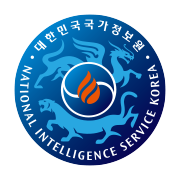 As a junior partner to the American superpower, South Korea has to defer to Washington. The NIS briefings give the parliamentary intelligence committee the perspective to distinguish between Washington’s interests and Seoul.

South Korea hopes that Kim will make his first trip to Seoul by the end of this year, saying that the visit will help accelerate Pyongyang’s denuclearization. But prospects for his trip are uncertain amid North Korea’s stalled talks with the U.S.

Imagine if a senior CIA official briefly the intelligence committees every two weeks on major intelligence issues every week or two. Imagine the type of briefing Haspel gave selected senators on the assassination of Jamal Khashoggi but for the wars in Yemen war, and Afghanistan, the situation in Ukraine, and the new government in Mexico.

Wouldn’t that make Congress more effective in its oversight role?  Wouldn’t it give the voting public the information necessary to understand the issue? Wouldn’t it enhance the credibility of the CIA?

It would but Congress has abdicated its advise and consent role but not demanding such briefings.

Transparency and National Security: What News Editors Need to Tell Their Reporters

Democratic Erosion in the Time of the Virus