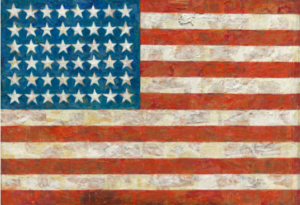 Flag by Jasper Johns (Credit:Museum of Modern Art)If the past is prologue, this type of direct interference could take several forms. One option for Russia would be to try to ensure Trump’s victory. Jeh Johnson, the secretary of homeland security in 2016, recounted in Rigged that he worried Russia “could screw around with voter registration lists to a sufficient degree” to change the outcome of the election, by preventing Democrats in swing states like Florida from casting their ballots.

In fact, the possibility of a Russian cyberattack captivated the Obama White House during the summer and fall of 2016, as Russian military intelligence aggressively targeted U.S. election systems. “Every single day, we were getting reports that this system had been scanned, this system had been penetrated,” Michael Daniel, then the White House cybersecurity coordinator,