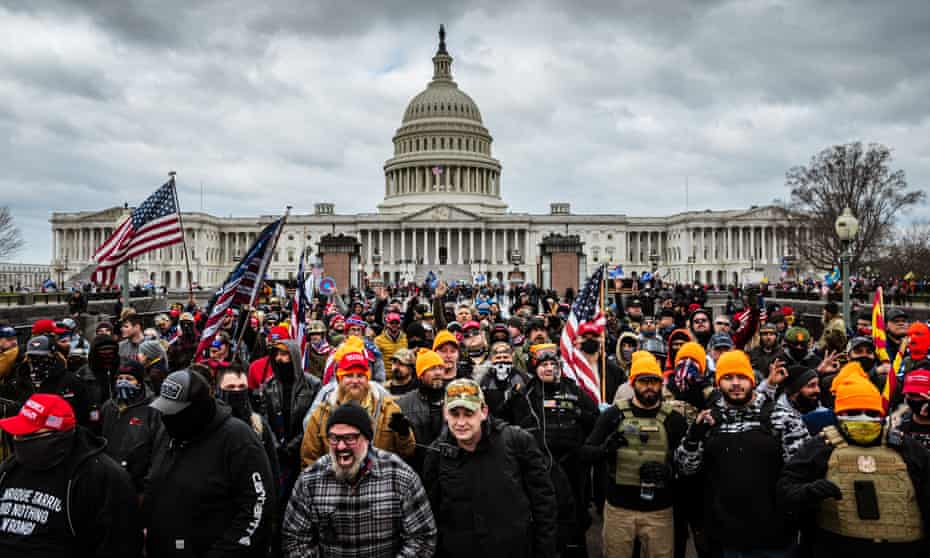 The coup, however, was an elaborate plot developed over months to claim that the votes in the key swing states were fraudulent, for Mike Pence as the presiding officer of the joint session of the Congress to declare on that basis that the certification of the presidential election on the constitutionally mandated date could not be done, to force that day to pass into a twilight zone of irresolution, for House Republicans to hold the floor brandishing the endless claims of fraud, to move the decision to the safe harbor of the House of Representatives, voting by states, with a majority of 26 controlled by the Republican party, to deny both the popular vote and the electoral college vote to retain Trump in office, for protests to breakout at federal buildings, and for the president to invoke the Insurrection Act to impose law and order.

Source: The insurrection is only the tip of the iceberg | Sidney Blumenthal | The Guardian

Timothy Snyder Fears Democracy May Not Survive the 2024 Election

The U.S. Capitol Police Are Ill-Prepared for Another Assault