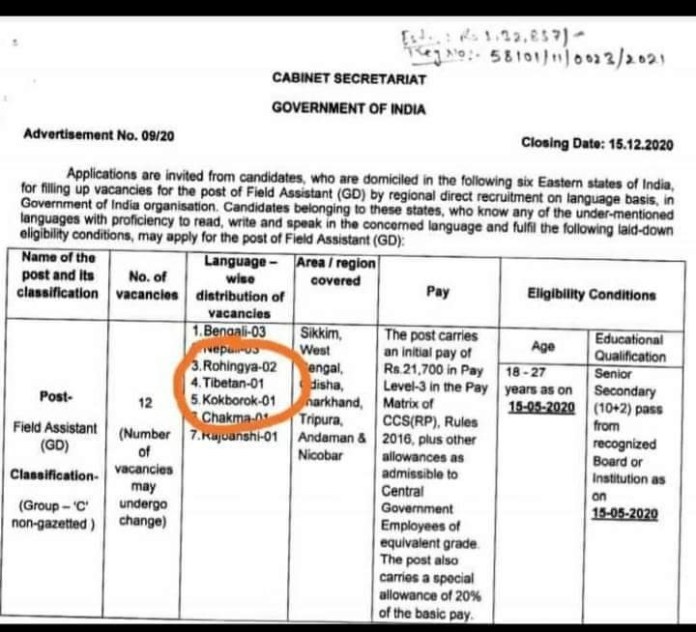 Essentially, the notification means that the government of India was recruiting individuals who could claim to be proficient in the language of Rohingya, and not Rohingya Muslims themselves.With the rumours about this posting being for individuals to work in R&AW, the significance of hiring people who know how to read, write and speak in Rohingya is not lost. R&AW is often involved in gathering intelligence about security threats, and thus, a recruit who would be able to speak, write and understand the Rohingya language would be invaluable to intelligence gathering.

Source: Is RAW recruiting Rohingya Muslims? Not really: Here are the facts

‘Special Ops’: A RAW Story in a New Format