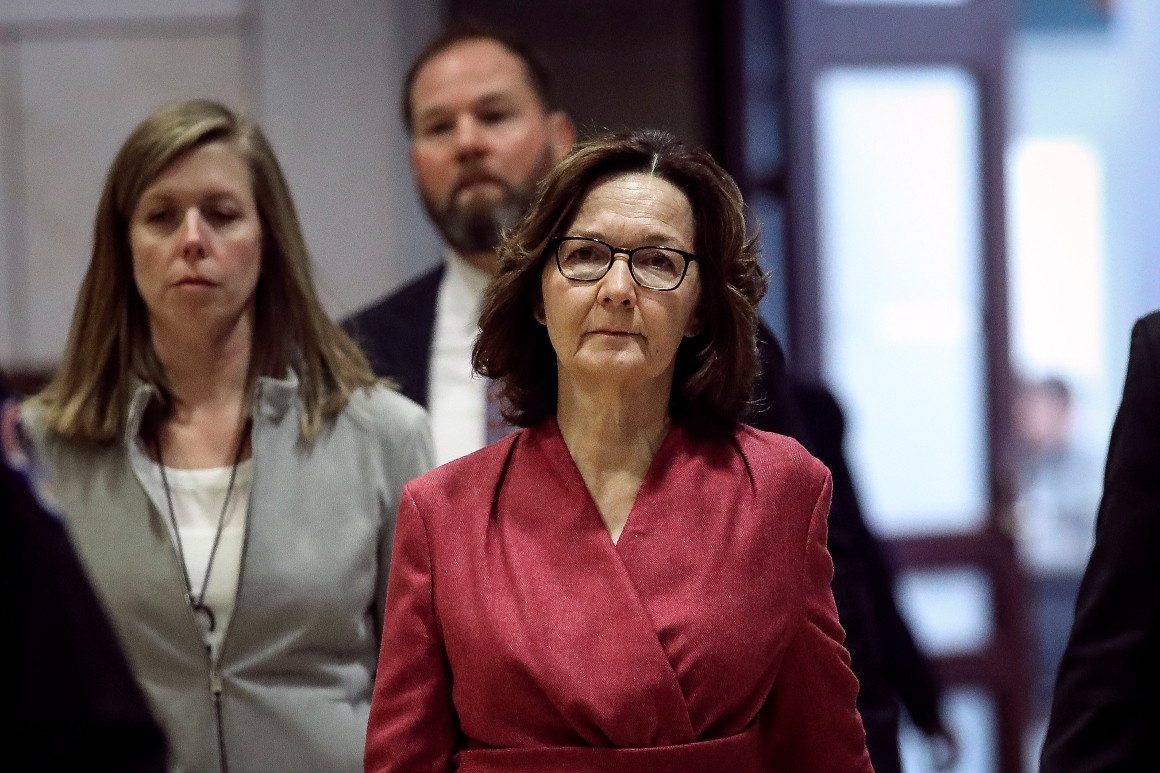 This subtext of this POLITICO story is: how does Senator Marco Rubio stand up to President Trump’s attempt to hinder the transition to President-Elect Biden?

He doesn’t. Rather than criticize the president, the Florida Republicans is defending Trump’s next target: CIA director Gina Haspel.

After President Trump “terminated” Defense Secretary Mike Esper, news organization have speculated Haspel would be next.

Haspel has flattered Trump in unseemly ways. She has also stood up to him, most recently in resisting his demands for declassification of the documents related to the Justice Department’s investigation of the origins of the FBI’s Trump-Russia investigation. That investigation, hyped by right-wing media for months,  found no wrongdoing.

From the New York Times:

Some officials and presidential allies believe that Haspel failed to do enough to stop the whistleblower’s complaints about Trump’s July 2019 call with President Volodymyr Zelenskiy of Ukraine, which prompted impeachment, from moving forward. Others have also grown frustrated with her opposition to declassifying documents related to Russia’s 2016 election interference.

Can the outgoing president bend the CIA to his will?

With Trump, Senate Majority Leader, Mitch McConnell and Secretary of State Mike Pompeo openly conniving to undo Biden’ narrow but clear electoral victory, Senate Republicans are cowering. If they break with the Trump cabal, their political careers are over. If they endorse the unfolding coup attempt–and it fails–their careers will be badly damaged.

So Rubio signals that he is  standing up to the president. Sort of.

Sen. Marco Rubio (R-Fla.), the chairman of the Intelligence panel, said there was no reason to fire Haspel other than Trump’s personal preferences.“Obviously any director serves at the pleasure of the president, and I’m not the president,” Rubio said in a brief interview after a 90-minute closed-door briefing with Haspel at the Capitol on Tuesday. “But if you ask me my opinion, I think she’s done a good job.”

Like other Republicans, Rubio said that “it would be good for the stability at the agency” for Haspel to remain in place, especially as the federal bureaucracy prepares for a transition to President-elect Joe Biden’s administration.